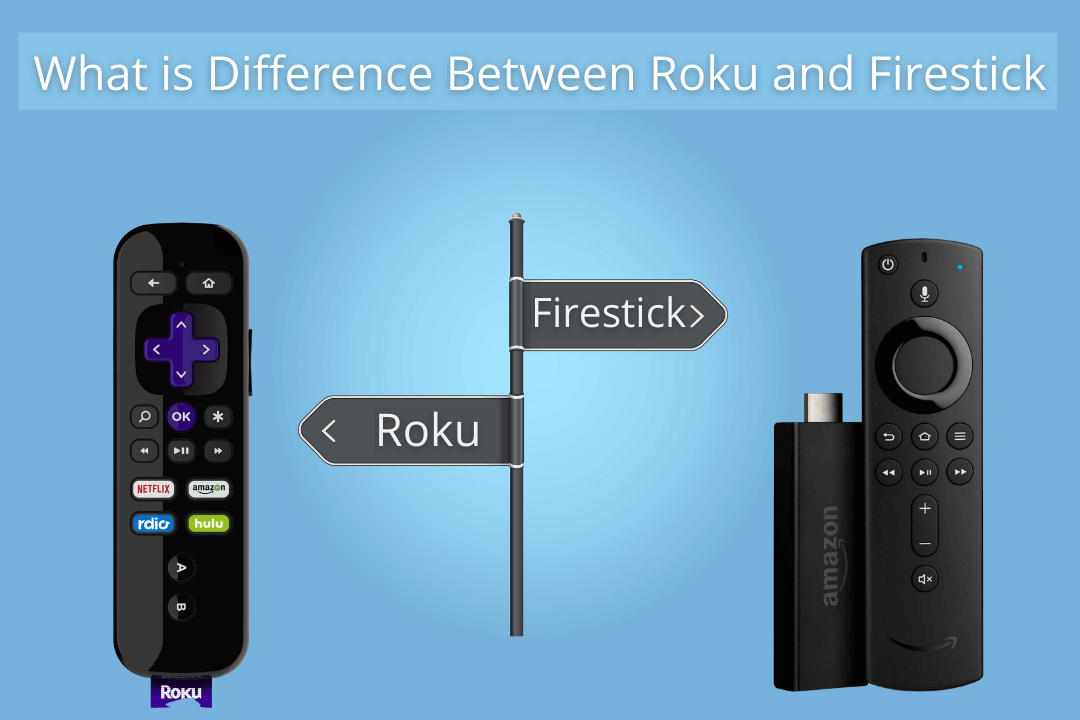 Are you confused which streaming device you should go with? or want to learn what is difference between Roku and Firestick so you can choose better device for you? Well! if that’s the case then your search is finally over as in this article we are going to talk about this most asked question from the internet.

However, I saw many people are looking for this answer and even though I received some emails regarding this question. That’s why I then thought to make an explanation guide for my visitors. Since I am using both devices that’s why I can provide you with the exact things that you need to know.

In this way to learn everything about these famous streaming devices just make sure to stick with this article until the end. As if you miss anything here then you might not be able to understand the difference. It is because there are some little and some big differences that you need to know before buying your streaming stick.

What is the Difference Between Roku and Firestick?

If you are an old visitor of my blog then you probably know that I own both FireTV Stick and Roku for myself. It is because I am a cord-cutter and was searching for a way to cut my cord and then I learnt about the Firestick. However, after using this for a few months I then purchased Roku as well.

Now since I am using these devices from quite a while I know more about these devices. That’s why when I received several requests from my visitors I then thought to tell them different between Firestick and Roku with a complete guide. It is because telling each person is a little bit harder.

Also, keep in mind that it is a quick overview guide in which I will discuss some features that you get on Roku while not available on FireTV. Perhaps if you want to read the whole article on it then I write a complete comparison guide between these two devices that you might like to read: Roku VS Firestick Comparison Guide

Ok so if you are ready to learn the difference between Firestick and Roku then check out below: 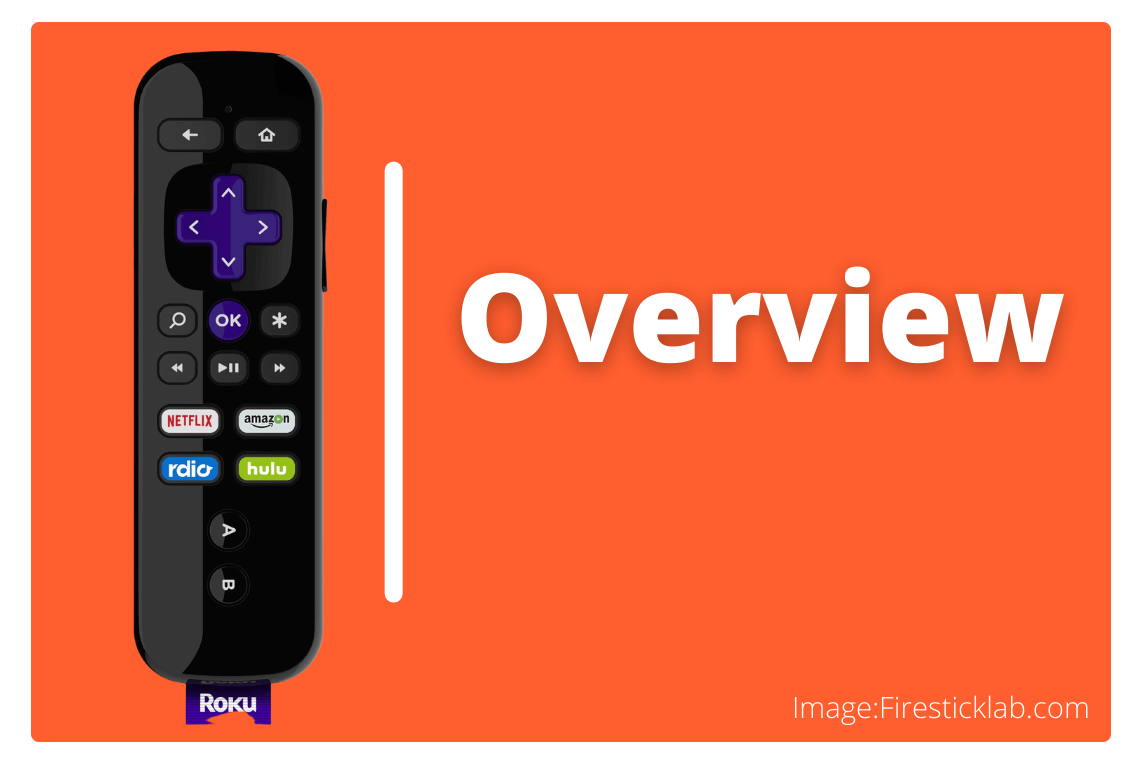 Roku is a streaming device that comes in different forms as it comes in built-in TV, Roku Streaming Stick, and Streaming Boxes. It is made by the American company Roku, Inc and this device runs its own Operating System that is based on Linux. The device offers various free and paid channels including Disney+, Netflix, Hulu.

Despite this, the device offers a voice command feature that can be used to search for your favourite TV shows or channels. The voice command supports some Alexa command and as well as the Google Voice assistant. It is not accurate but it is still good that you can use to rewind, fast-forward and perform other functions.

The thing that makes Roku awesome is its remote control because it comes with 4 dedicated short keys to launch channels quickly. Other than this Streaming Stick+ remote comes with the headphone jack which you can use for pirate watching at night without using wireless earphones.

With the help of Roku, you can download around 5000+ channels on the device without interruption. Instead of this, it comes with a Roku Channel that provides thousands of ad-supported Movies and TV Shows. Instead of this it also comes with hundreds of live TV channels can be streamed completely free. 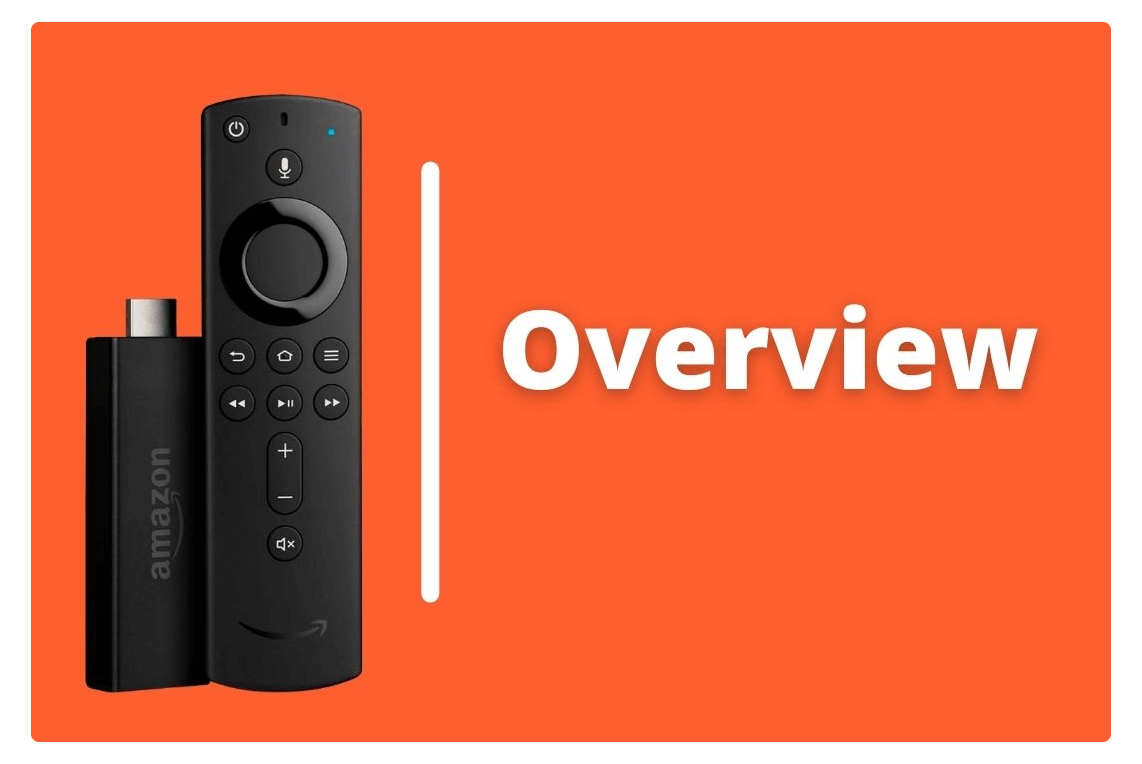 Fire TV is another streaming device that can be also founded in different forms like built-in TV, Streaming Stick, and Streaming Boxes or Cube. However this device is launched by the most famous eCommerce website Amazon, and the first device was launched in the year of 2014 on April 12 in the USA.

However, this device runs FireOS that runs on the Android Operating System and it has plenty of applications that you can use to stream content. FireTV Stick has an Amazon App Store from where a user can download apps and games free while some are paid like ES File Explorer etc.

Talking about the remote that this remote is simple and doesn’t offer any shortcut keys like Roku or neither it has a headphone jack. It comes with the mic button at the top that you can use for voice command and it supports Alexa which works fine and you can use all commands without issue.

The app with Fire TV Stick is limited because App Store doesn’t have many apps yet but thanks to Android OS we can install 3rd-party apps by jailbreaking it. Instead of this Fire Stick is the best choice for those who are using an Amazon Prime subscription as the User-Interface is mainly designed for the Prime Video.

The thing that is missing in this device is the headphone jack and shortcut keys, overall the features are quite similar. Even though the most-used channel why people were buying Roku is now officially available on this device. So, in case you are willing to buy this device to stream free content then you can Install Roku Channel on Firestick for free.

Can I Use Roku and Firestick at the Same Time?

The first method that I would prefer is to use the HDMI ports on your TV to connect both devices easily. With the help of this, both devices will run on your TV and you can simply toggle between them by pressing the Source button and then choose HDMI 1 or 2.

But in case if your TV only came up with 1 HDMI port then, in that case, you can use HDMI Switcher. This is a simple device that can be used to help users increase the number of ports. After this, you can plug two or more devices with it and then stream using Firestick or either Roku which one you prefer.

The last thing that is recommended to use Roku and Firestick at the same time is by purchasing either a FireTV or Roku built-in TV. It is because since the TV already came with a built-in streaming service so inserting another device to the HDMI port will help you in streaming from multiple devices.

This is the simple and easiest guide on what is the difference between Roku and Firestick. As per users’ requested I have highlighted some of the common features that a user will get with one device while missing on another device. Although these both are the leading streaming services available for us.

So, no matter what you are going to purchase just make sure you get everything that you want. It is because the Roku is quite limited as it doesn’t offer 3rd-party apps. While on the other hand FirTV device can be used to install apps from unknown sources to get apps that are not available on the Amazon Store.

In this way just make sure you read the differences completely and then you will get the perfect choice for you. Although if you are still confused at any point then please let me know in the comment section. I will be very glad to hear from you and will try my best to answer the question that you are looking for.